Apple hopes the newly improved version of its app will woo users away from their rivals, such as Google Maps and Waze.

The company said US users can now use its revamped app and Europe users will have access in the coming months as well. Apple Maps’ redesign offers faster and more accurate navigation and provides users comprehensive views of roads, buildings, parks and more. Apple outfitted hundreds of planes and cars with custom sensors and lidar, covering over 4 million miles.

Apple’s senior vice president of internet software and services Eddy Cue said in a press release that they set out to make the best and most private maps app in the world that’s reflective of the way people explore the planet today. He noted that they rebuilt the map from the ground to reimagine how Maps enhances the life of a person with privacy at its core.

In Miami, real-time transit will be made available along with the new Maps apps, in time for the upcoming Super Bowl.

In September 2012, Apple released its homegrown mapping program together with its iOS 6 mobile software. Google Maps was previously preloaded on Apple devices, but tensions between the two giants in technology led apple to make its software. Unfortunately for Apple, its Maps did not really work. Several iOS users immediately reported problems with everything from simply searching for an address to navigation.

Apple apologized for the issues, fired its head of software and started its work to improve its mapping app.

Since then, Apple has continually rolled out updates and new features to its Maps, such as a flyover feature to provide 3D views of certain cities, real-time transit information, indoor maps for airports and malls, and flight status updates. The revamped version of Apple Maps started rolling out in 2018, giving more detailed information and more accurate navigation. The revamped version started in Northern California and expanded to the East Coast and eventually to other areas.

Apple unveiled the more-detailed Maps app at its developer conference in June and revealed that it would be available to US users by the end of 2019 and to other countries by 2020. 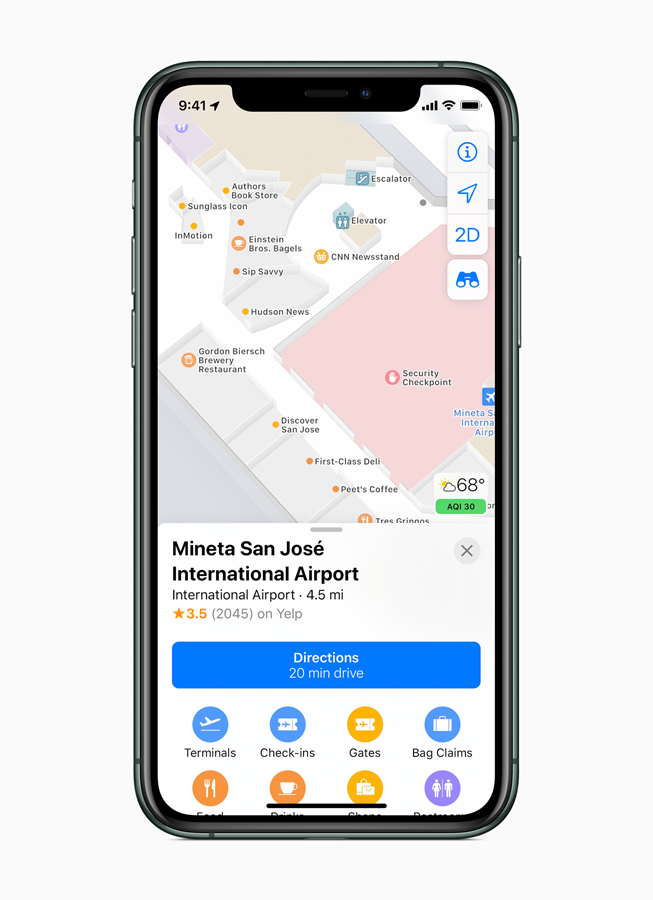 Released in September, the iOS 13 brought many other new features, including the Look Around feature that is very useful for users who want to explore major cities. It gives interactive, street-level imagery of areas like New York, Los Angeles, Las Vegas, the San Francisco Bay Area, Houston, and Oahu. It is quite similar to Google Street View.

Users can build shareable lists of favorite locations to visit in a city. Apple also added capabilities that make it easier for users to navigate to places they frequently visit, such as work and home.

Apple assured the users that it is focused on keeping personal information safe. Users don’t need to sign in to use Maps and the Maps is not connected to the user’s Apple ID in any way. Maps can suggest a departure time to make your appointment and other similar things using on-device intelligence.  Maps’ collected data such as search terms, navigation routing and traffic information are associated with random identifiers, which continually reset to offer the best possible experience and to improve Maps.

Apple utilizes a “fuzzing” process to obscure the user’s location on Apple servers when searching for a place. Maps converts the exact location where the search originated to a less precise one after 24 hours and doesn’t retain the history of where a user has been or what has been searched.